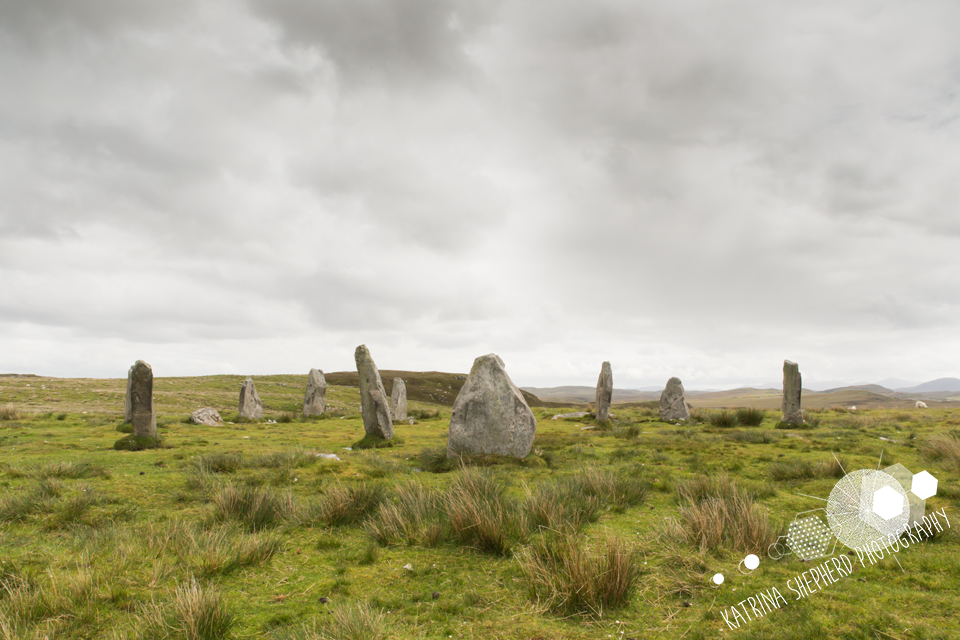 On our first full day on the isles we decided to explore the west coast of Lewis, starting with the Callanish (known in Gaelic as Calanais) standing stones. There are three sites, the main site (Na Dromannan Stone Circle) has the Calanais Visitor’s Centre next to it, where there is an exhibition with lots of information about the stones and their possible purposes. You can also get a very nice sausage roll and coffee in their cafe! The main site tends to be very busy whereas the other two sites, Cnoc Ceann a’ Ghàrraidh and Cnoc Fhillibhir Bheag, are much quieter. All in all it’s probably about a half an hour amble to visit them all if you don’t stop but we took our time exploring so it took us a bit longer.

We moved on from there to the Dun Carloway (Dun Charlabhaigh), a very well preserved iron age broch, likely still used in some form until the 1500’s. Brochs were used for accomodation and defence, and were also seen as status symbols! Situated on a hill overlooking Loch Roag and the sea this one certainly comes with stunning views!

Our day finished with a visit to the Gearrannan Blackhouse Village, a series of thatched houses that were inhabited until 1970’s when the last eldery residents were moved to accommodation that needed less upkeep. As well as more amazing views the houses open to the public hold a wealth of information about the area, including one house set up as they would have been when they were lived in. I was particularly interested in the working loom set up to produce Harris Tweed having some limited knowledge in the area of weaving, it was lovely to see it in action and chat about the processes involved.

See part 1 of this series of blogs, about the Isle of Harris

Look out next week for part 3 of this series of blogs, about our trip to the Harris Distillery in Tarbert. 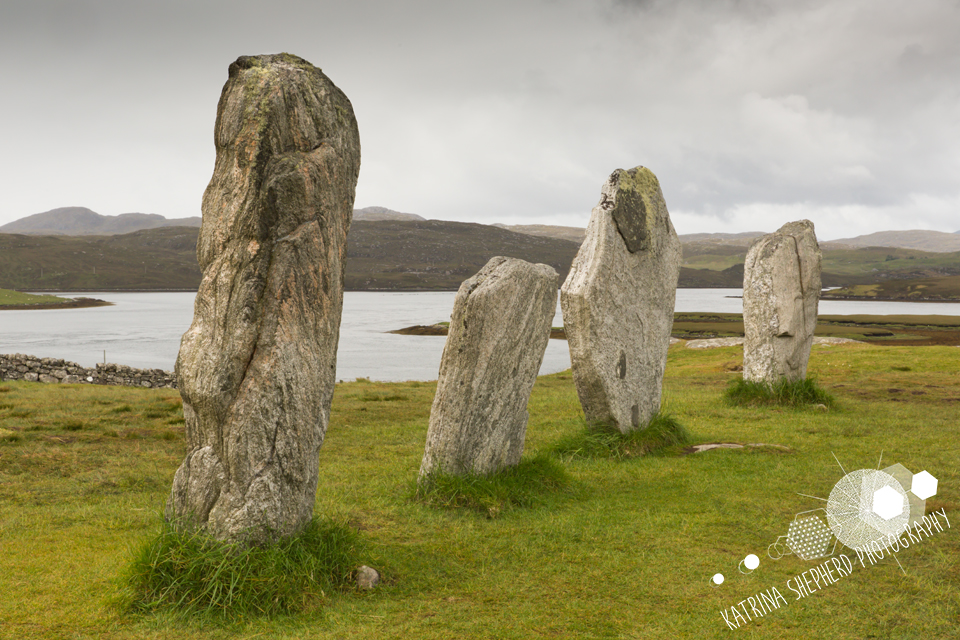 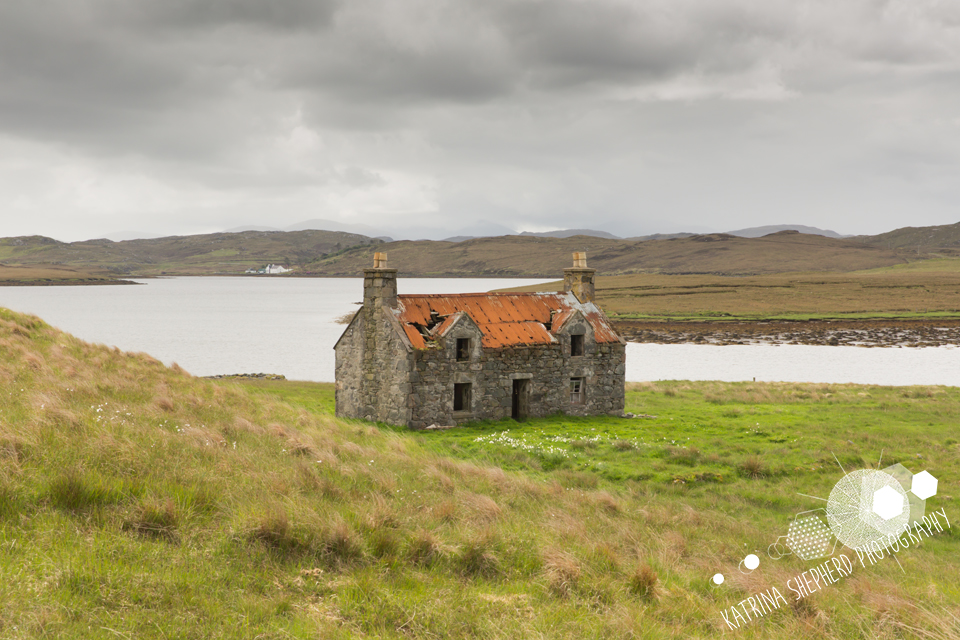 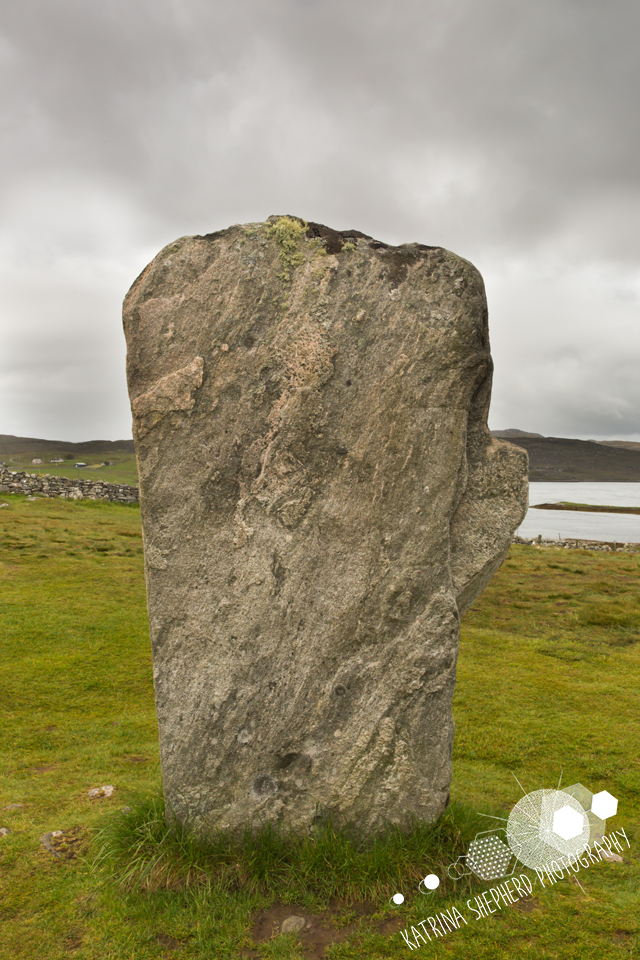 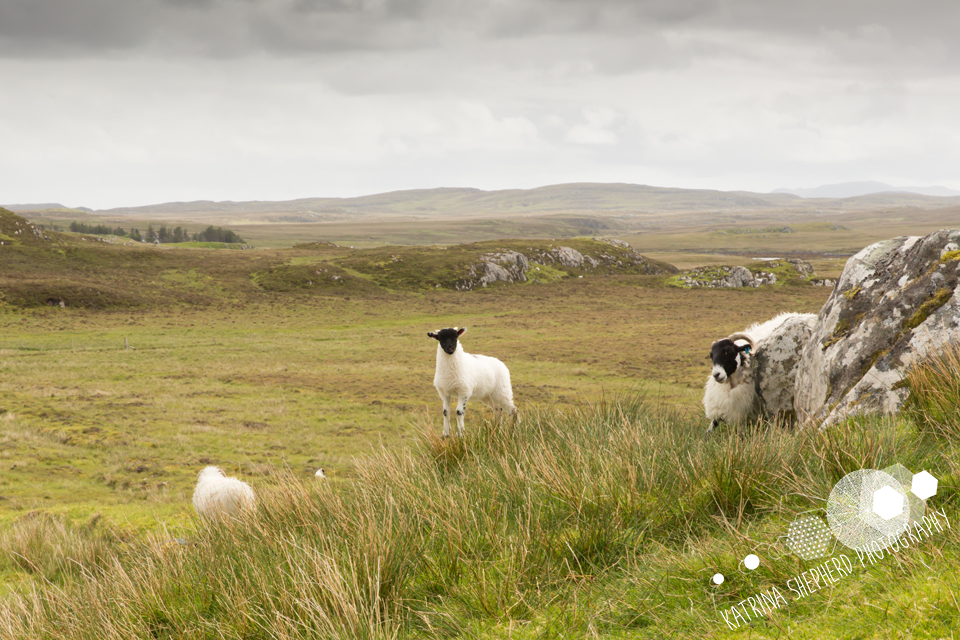 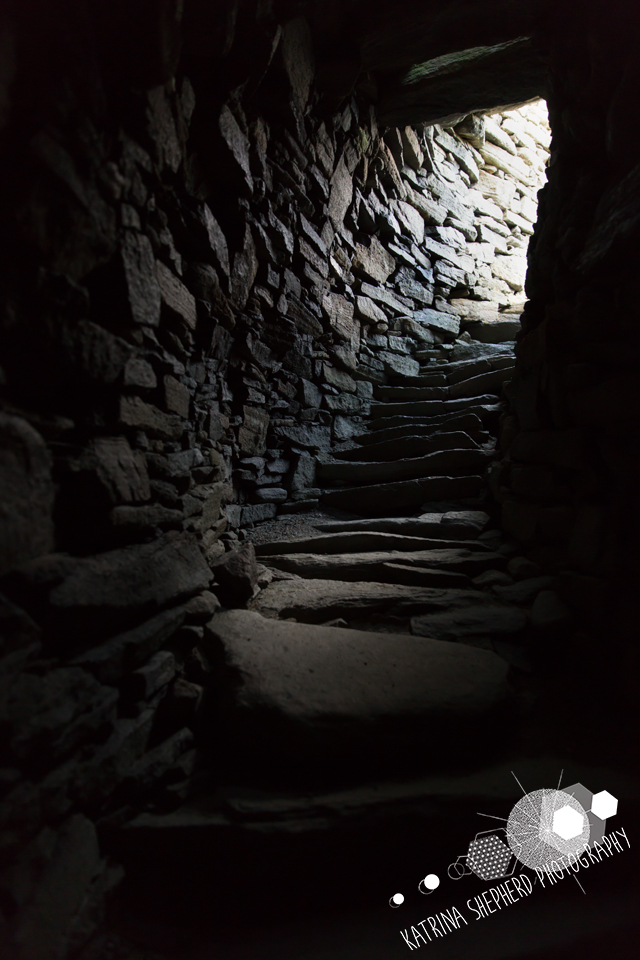 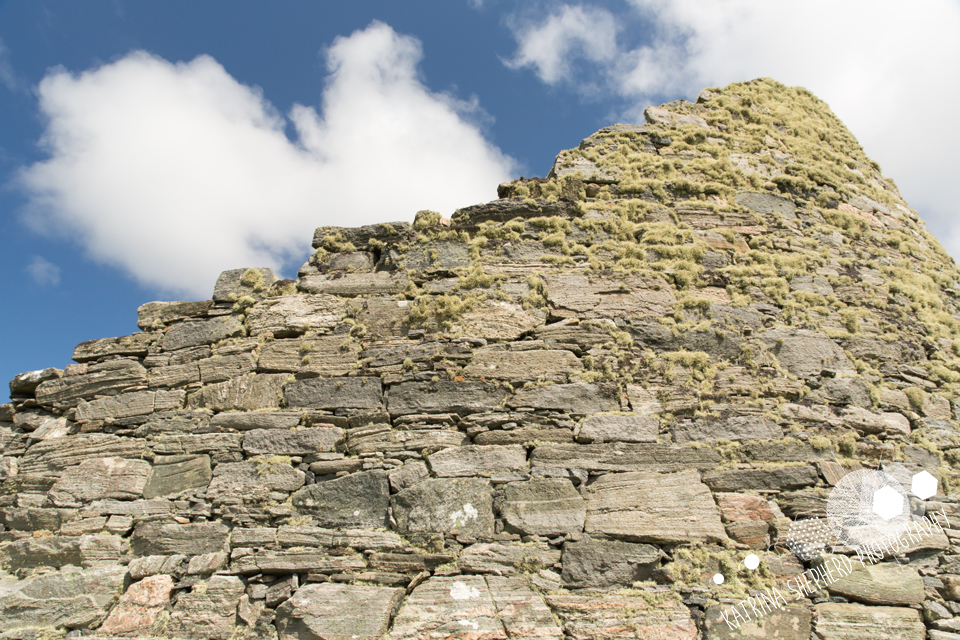 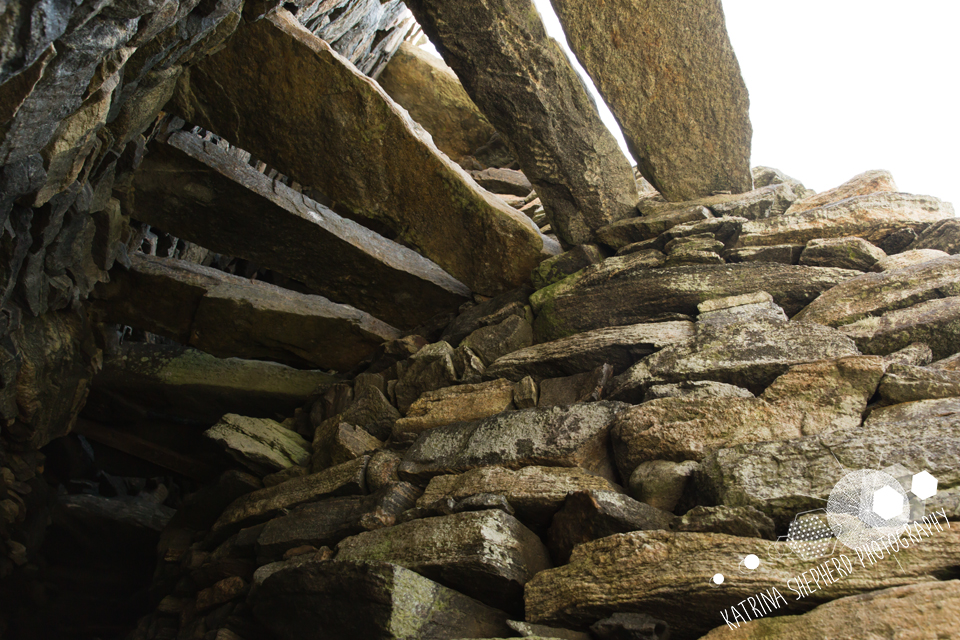 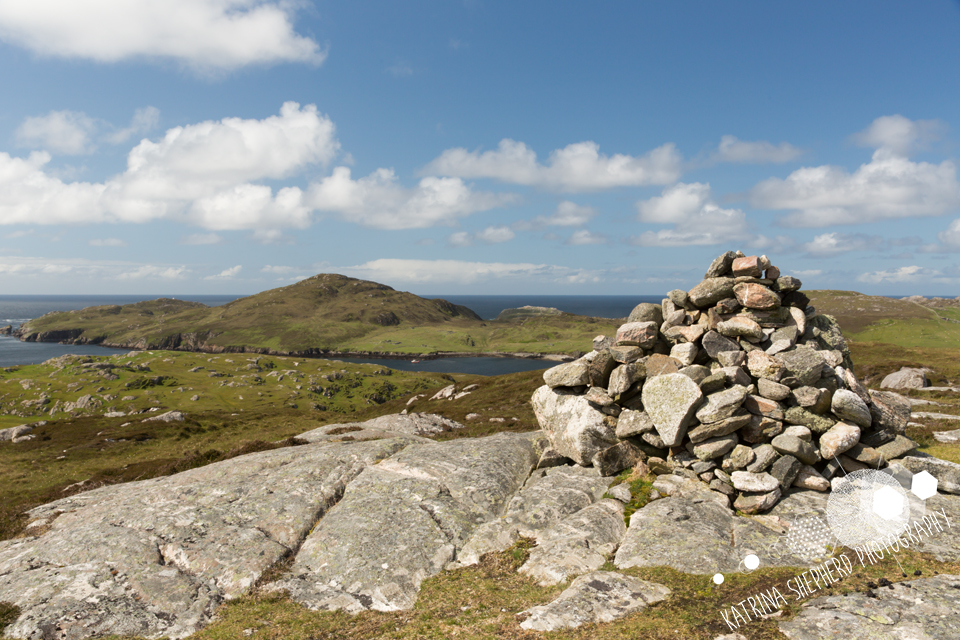 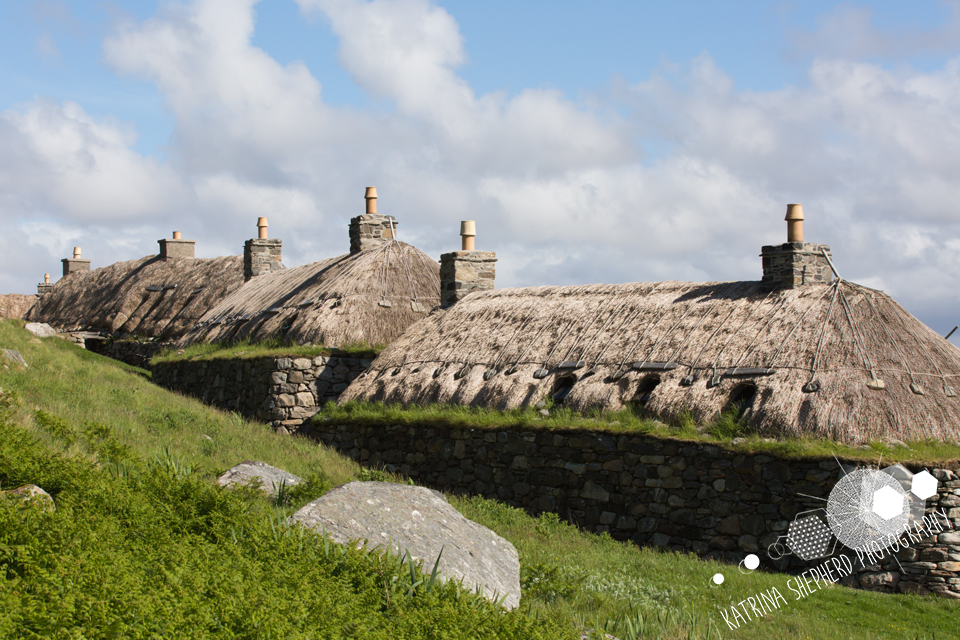 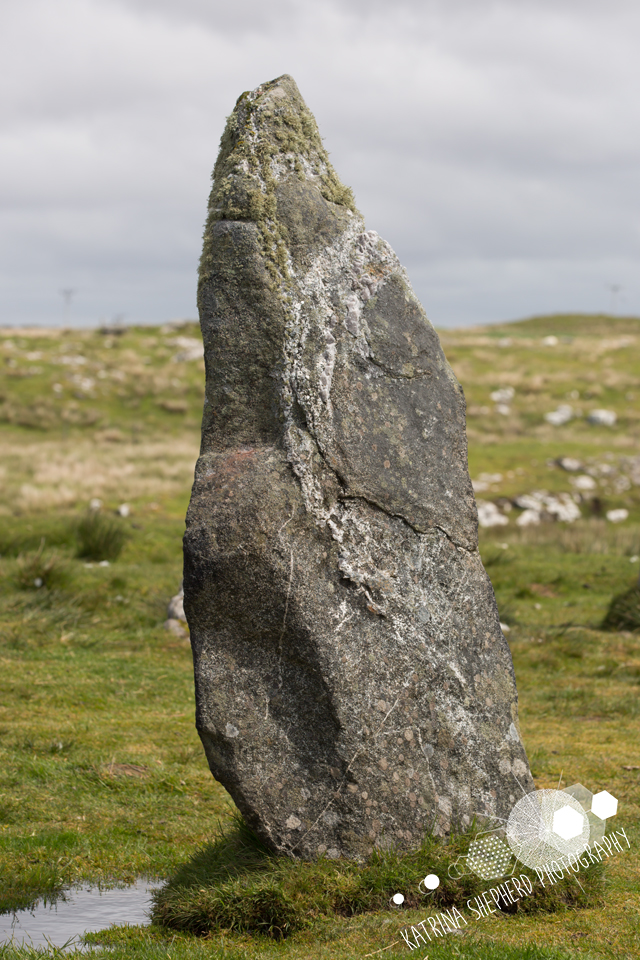 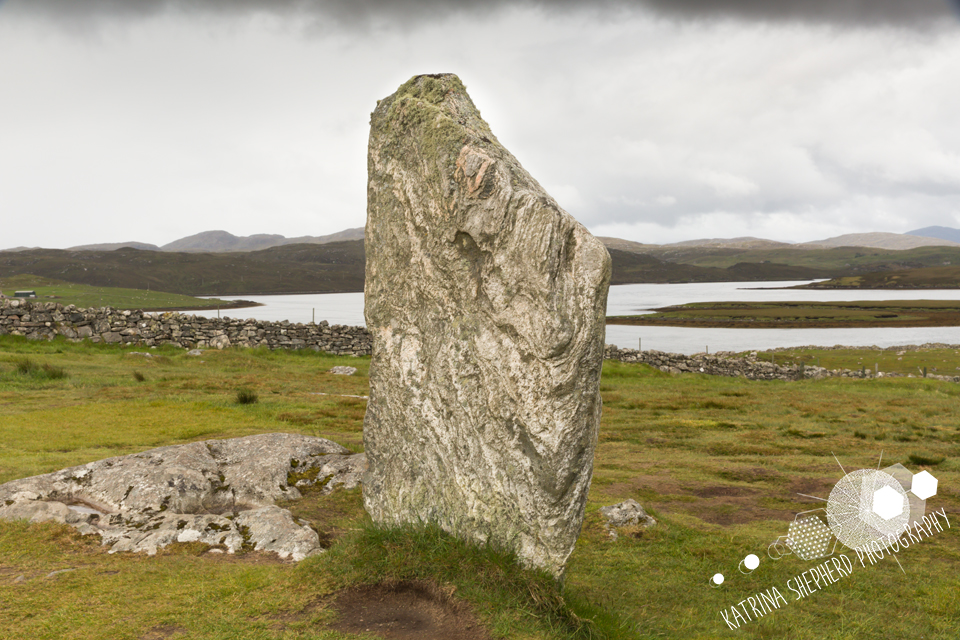 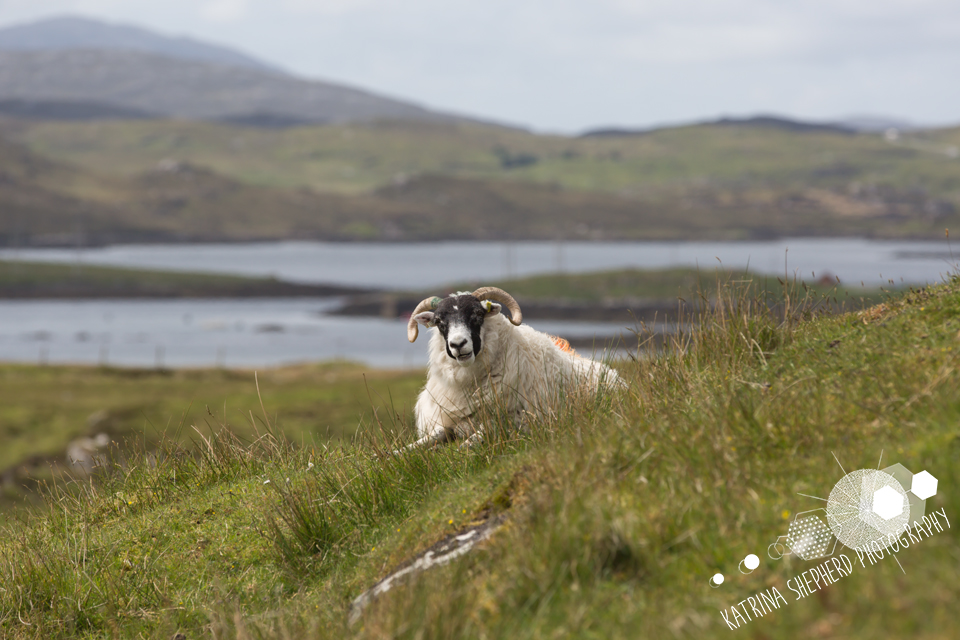 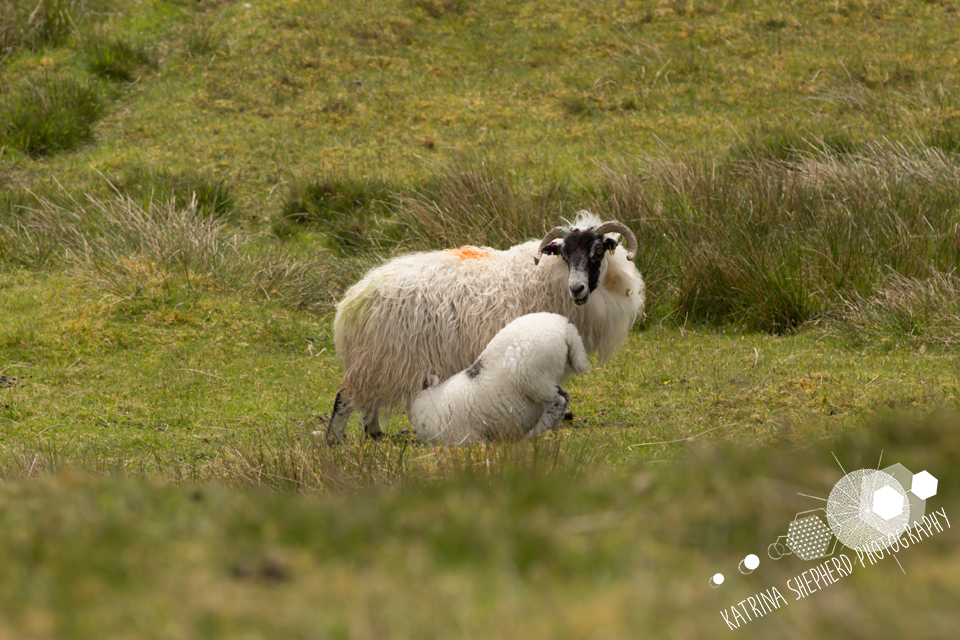 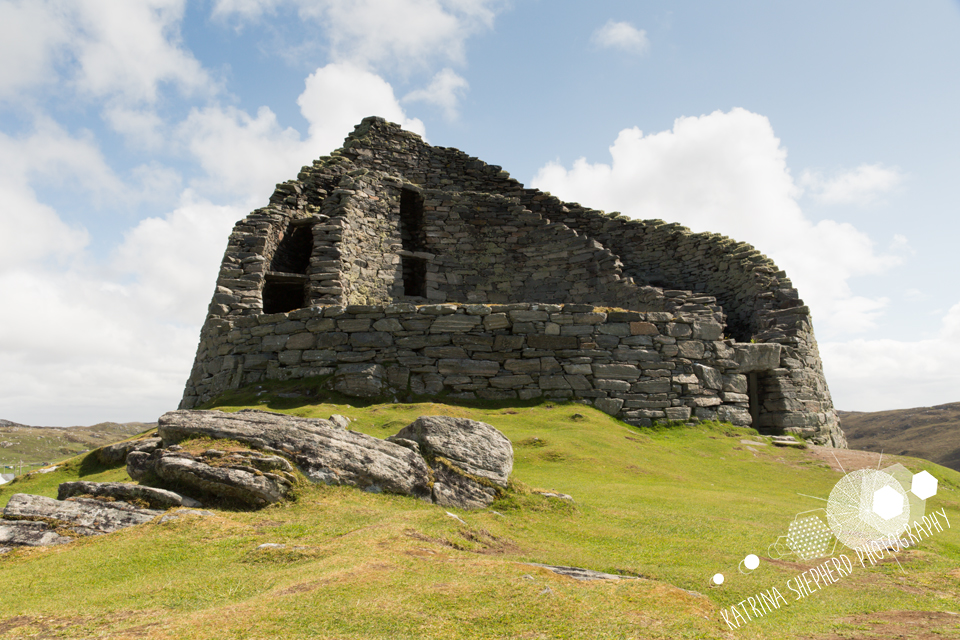 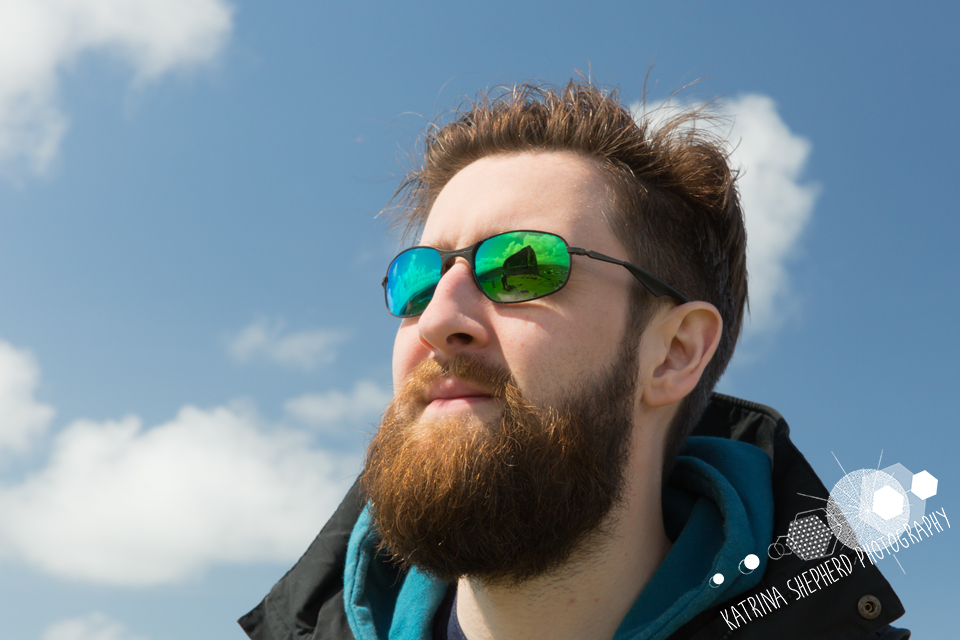 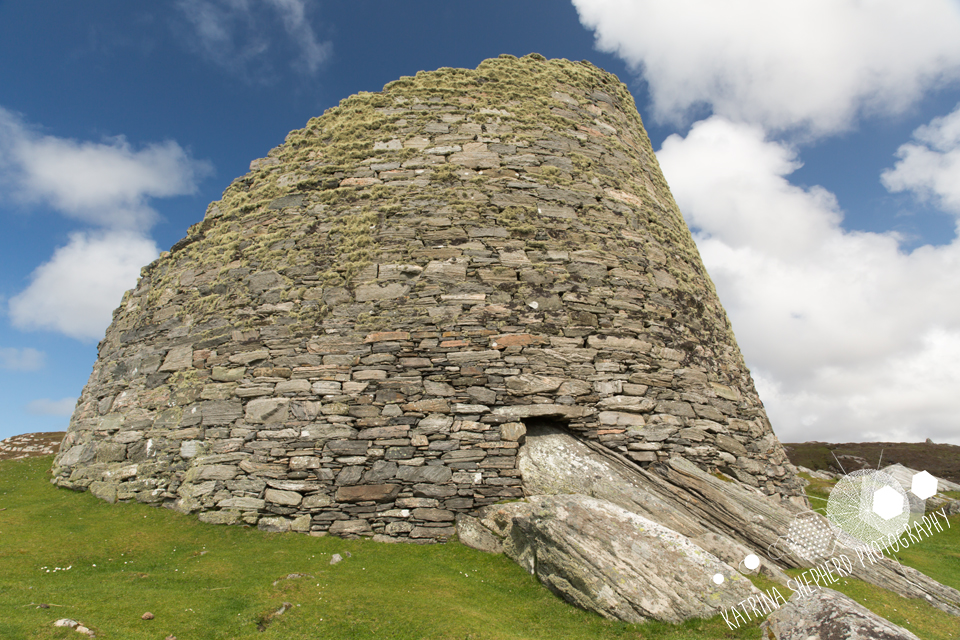 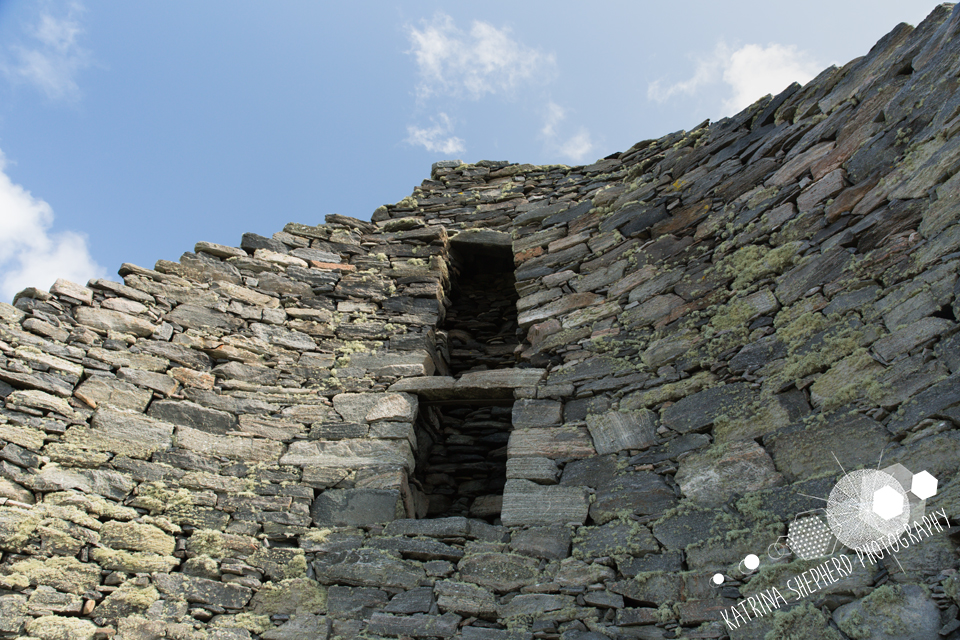 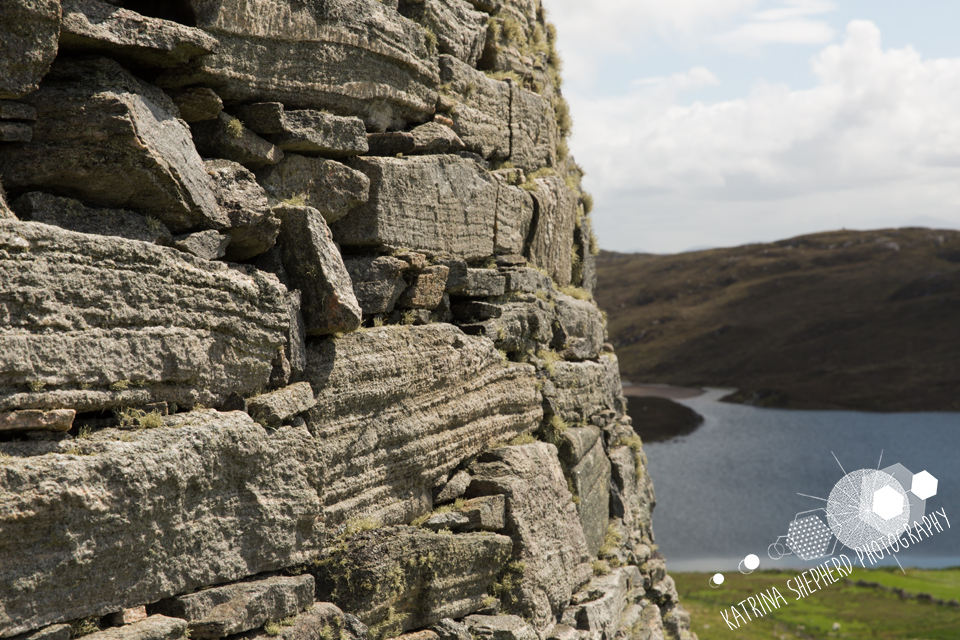 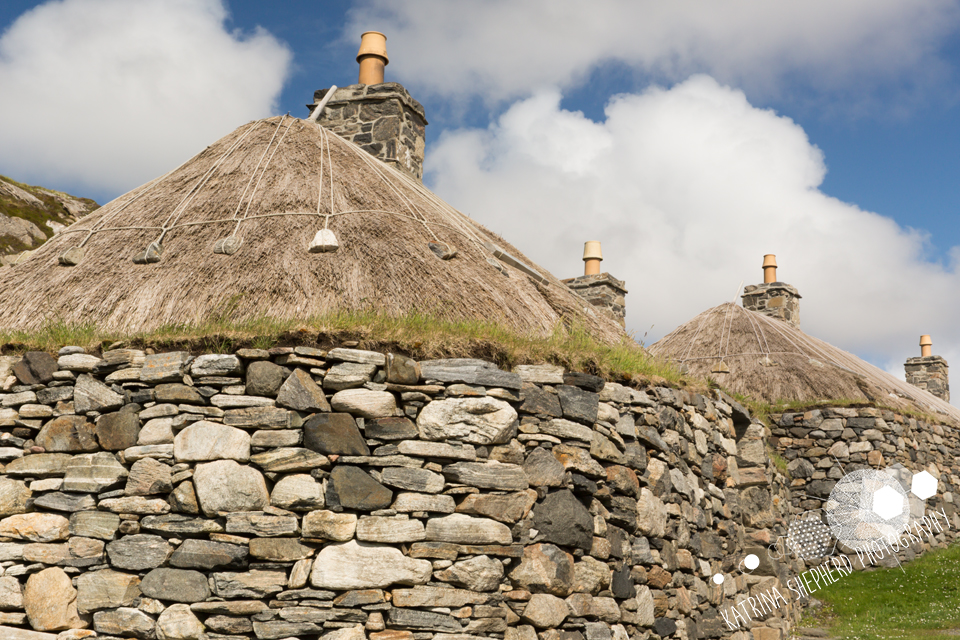